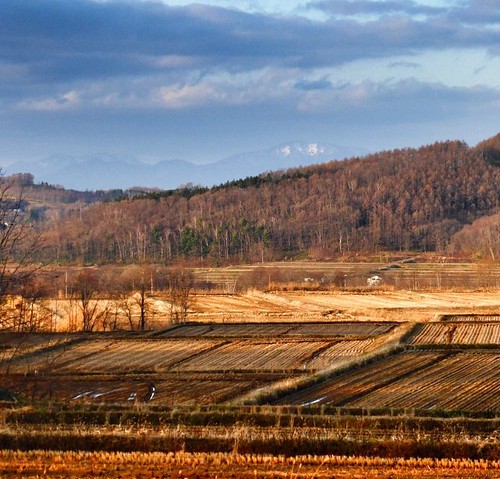 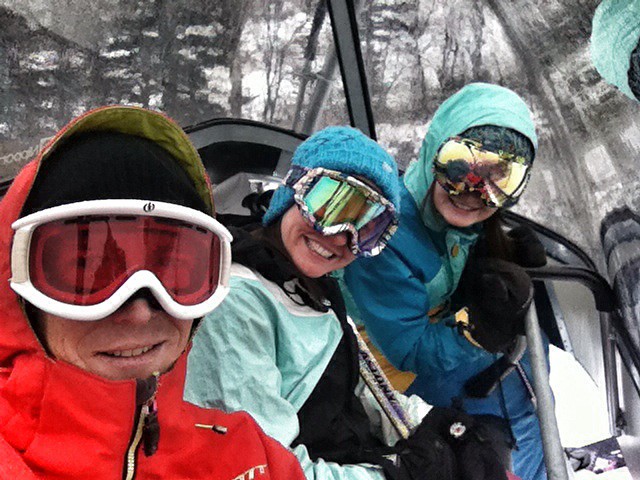 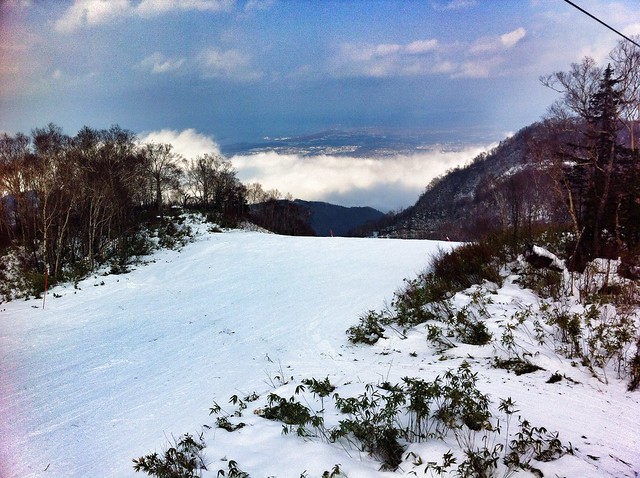 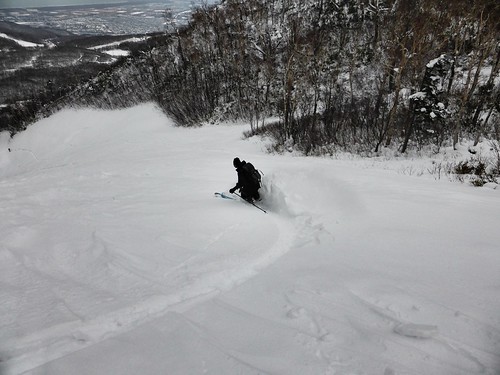 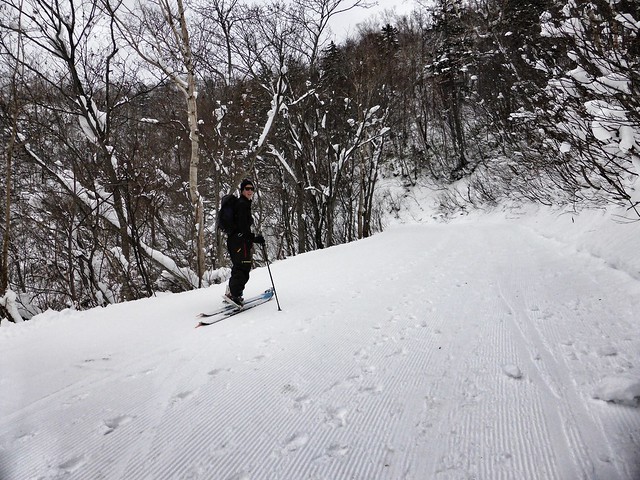 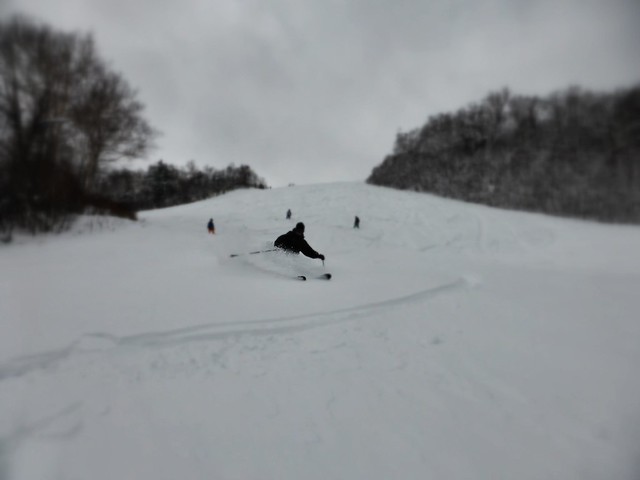 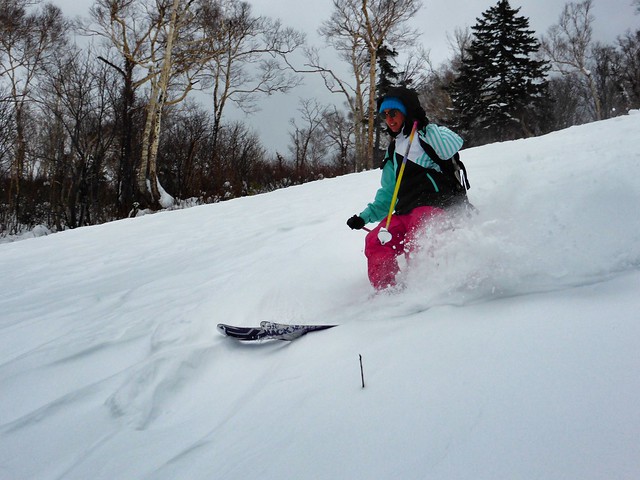 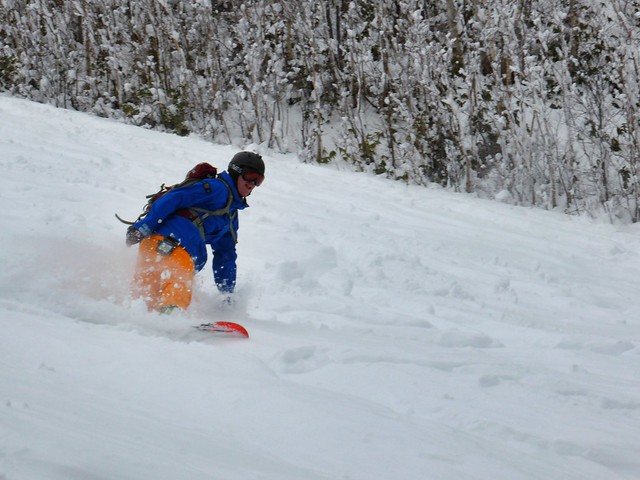 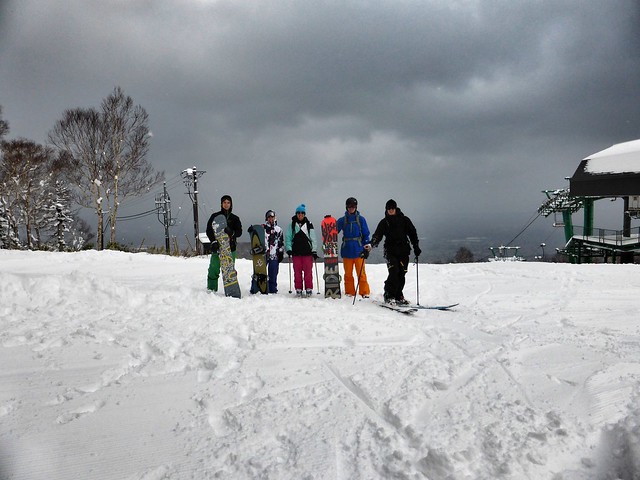 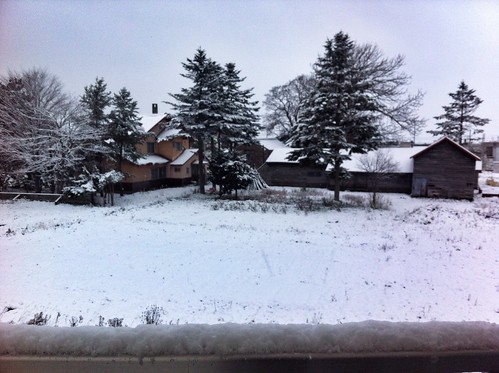 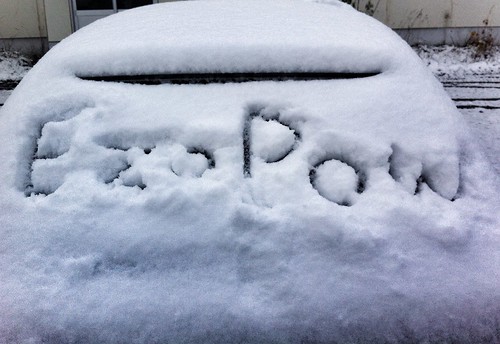 Nakayama Touge. Busy carpark and cars parked all along the access road.

Perched on the pass between Sapporo and Rusutsu, Nakayama Touge is one of Hokkaido’s smaller ski areas. Thanks to its position in the mountains, it is usually one of the first hills to open and almost always the last to close. It’s somewhere we rarely go, except in the autumn, when they have decent early snow, and late season, when they have a legit terrain park. It only has a single chairlift and a short, relatively mellow slope.

At this time of year, and with the warm weather during the week, I was more than happy to make the drive out to Nakayama to get our first lift served skiing of the year. With only a few hills open (Kokusai and Rusutsu being the other two options) it was always going to be busy. The lift line was 10-15 minutes or so for a chairlift ride of about 5 minutes!

We got there early, so the snow was still decent through the morning. Boot deep powder at the edge of the piste. Lots of lumps and rollers all over the place so we had fun jumping around and making the most of the short run.

Having fun on the small lumps and rollers

Clare, first day back on skis this winter

We were riding with Hattie, Dan and Mike who also got the K-Pass this year. Hopefully this’ll be our regular crew for the winter.

The K-Pass Crew. From left Hattie, Mike, Dan and Clare.

A fun morning, good to get back on the snow and start finding our feet again. Hopefully after some rain on Monday, we’ll get some decent snow through the week. Teine should be open next Saturday, so we’ll be heading there if mother nature cooperates…

Snow can come and go very quickly in November

After the initial high of getting such a big dump of snow last week, we’re back to the autumn waiting game. Checking weather forecasts and webcams, and hoping for more snow. Hopefully for now the rain has passed. We had a full day and night of heavy rain and thunderstorms, which has washed away alot of snow. The webcam up at Nakayama Touge is at least showing that some snow has survived the downpour, but they still need alot more. The forecast suggests we’re in for some light snow everyday until the weekend, so fingers crossed (I’ve been saying that alot recently) it’ll build up enough for an opening.

Our K-Winter Pass covers 5 ski areas, 3 of which could potentially open this weekend – Nakayama, Sapporo Teine or Rusutsu. We’ll just have to wait and see where we’ll be heading to on Saturday morning.

On Monday (November 11th) we woke up to a dusting of snow. Probably not more than 5 centimetres or so, but it was earlier than normal for snow to be falling in town and the forecast looked like we were due for another day or two of cold weather. It’s always good to see the first snow, but I’ve learned over the past few years not to get my hopes up in November, as cold snaps are often followed by warm wet spells.

The view from the balcony on Monday morning

5 centimetres on the car

Then on Tuesday morning, we got 35cm of new snow! Things were starting to look very wintery. Thoughts tuned to shredding, and plans were hatched. An early start, turns before work? When’s sunrise? 6:22, that’ll work. It’s on….

The car on Tuesday morning. 35cm to clear.

The wintery walk to work