We haven’t really been riding much recently. We’ve had a couple of visitors, and some weekends of rainy weather. I did have one really good day down at Nakayama Touge last Monday. The park down there is in good shape and due to stay open for the spring period and into May.

I also bagged my 100th day of the season. It’s the second time I’ve managed a 100 day season here in Hokkaido. The last time was in 2011/12 when I got 102 days. I’m hoping to comfortably break that record by the end of the month!

At Sapporo Teine, 100th day for the season.

We missed a weekend skiing when we headed out to Eastern Hokkaido with my brother who was visiting earlier in April. We were lucky with the weather and saw some really spectacular scenery. A few photos:

Kurodake. They say there’s no steep terrain in Hokkaido.

Oakan-dake at sunset with Meakan smoking in the distance

Lake Kussharo from Bihoro Touge. Shari dake in the distance.

Not eastern Hokkaido, but Lake Shikotsu, near Chitose. We hiked Fuppushi-dake straight after picking up my brother from the airport. View of Yotei, Shiribetsu-dake and Rusutsu resort in the distance.

After some crap weather last week, the forecast is looking more promising for the coming weekend. Hoping to get a final lift access day at Teine, and then a park session at Nakayama Touge. After that, we’ll be hiking for turns.

Here’s the edit from the past few weeks. March in Hokkaido is always good as you still get decent dumps of snow but also more sunny days. And all the tourists have gone home! 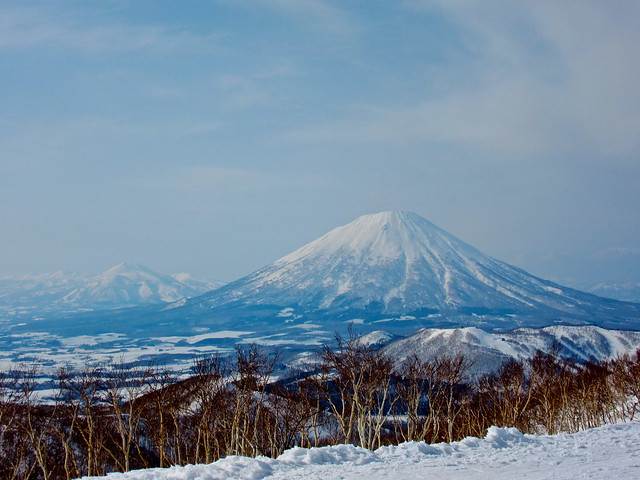 With the season coming to an end and temperatures creeping up, it’s pond skim time! Rusutsu was hosting the ‘Splash Cup’ so we headed on down on a beautiful bluebird day to join the party. 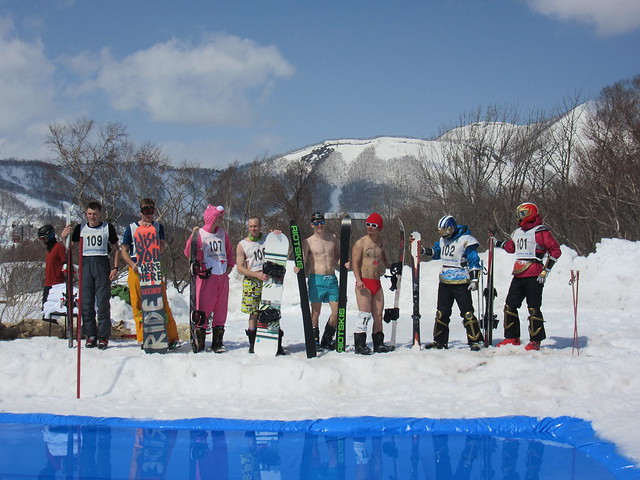 Some of the competitors lining up

The ‘pond’ was more like a paddling pool, so didn’t present too much of a challenge. The water looked really icy though, so none of us fancied taking an unwanted dip. Everyone only got one judged run, so we had to lay it all down on our first try. 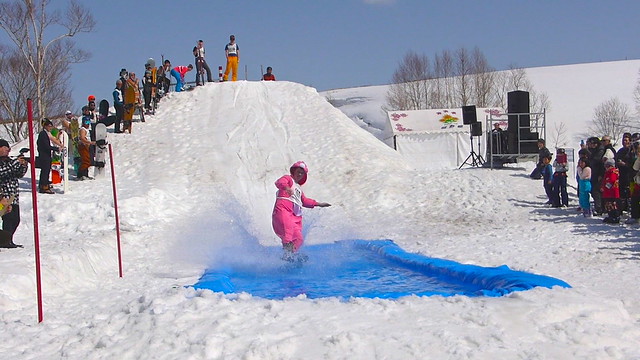 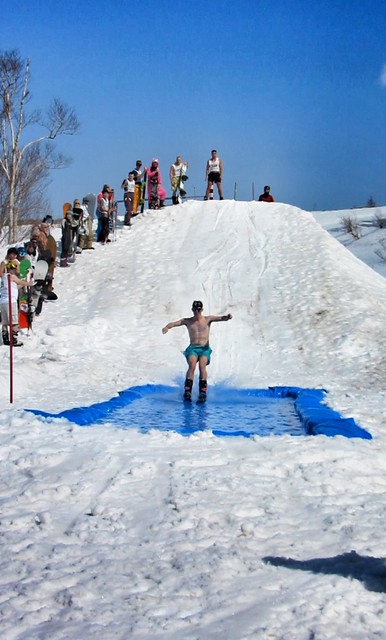 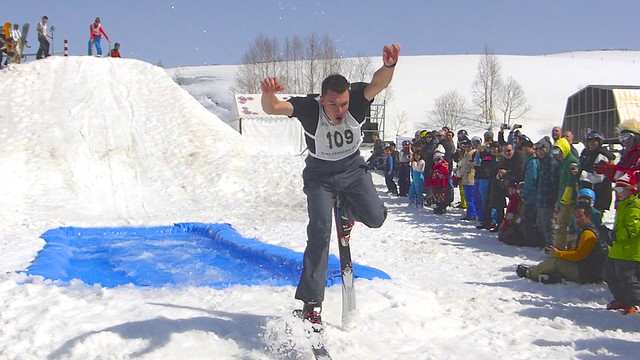 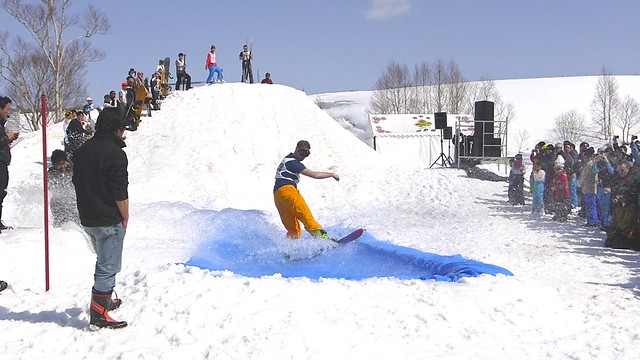 More by luck than any real skill, I managed a 180 out of the pond and that was enough to score me 2nd place! I was stoked, and quickly eyed up the prize table, looking at six packs of Sapporo Classic, tshirts, vouchers and all kinds of swag. My prize – a second hand snowboard, with LED lights in the base. Kind of cool, but not much use to me. Luckily I was able to explain this to the judges who were happy to exchange the snowboard for the aforementioned sixers of biru. 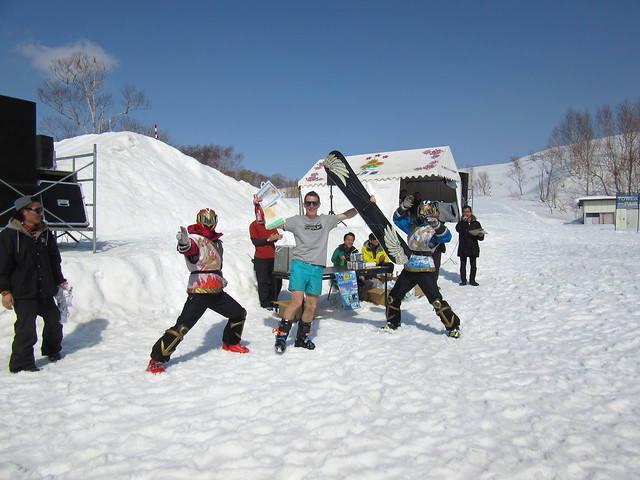 Power rangers presenting me with a LED light up snowboard. Very Japan.

The day continued with a few slushy runs through the trees, and lots of grilled meat in the yakiniku area set up next to the pond skim. An excellent spring day.

Finishing the Season at Nakayama Touge

We finished off the 2013/14 season just before Golden Week with a park session down at Nakayama. This is where we had our first lift served day almost six months ago. A very different vibe down there this time. T-shirts, sunglasses and park hits were the theme of the day. The park setup was looking really nice, a solid jib line and small rhythm jumps high up, leading down to a couple of nice large step down jumps lower down.

Two large step downs at the bottom of the park

It was fairly busy with local riders getting their last fix for the season. There was some real talent on show, especially some of the young rippers, probably half our age but going twice as big!

Local kids lining up to hit the bottom kickers

We had a good days riding though, slowly building up to hitting the biggest features and finishing off the season on a high.

Mike spinning and getting corked

Down at the bottom of the slope were a load of different demo tents and the smell of grilled meat wafting from the numerous yakiniku BBQs. A very pleasant way to spend a spring day.

So that’s it for the resort skiing, but definitely not the end of the season. There’s still turns to be earned with some spring touring. Even with the super warm weather we’ve had in Hokkaido through May, the snow sticks around in the hills for weeks after the lifts stop turning. Stay tuned!

Although the season is winding down and the deep powder days of winter are long gone, a few hills in Hokkaido remain open. Sapporo Teine is open at weekends all the way until early May, and Nakayama Touge’s lift will keep turning as long as there’s snow, sometimes into June!

We had a great day at Teine at the weekend. The snow wasn’t amazing, but for this far into April, we weren’t complaining, especially as the sun was shining and the views were fantastic. 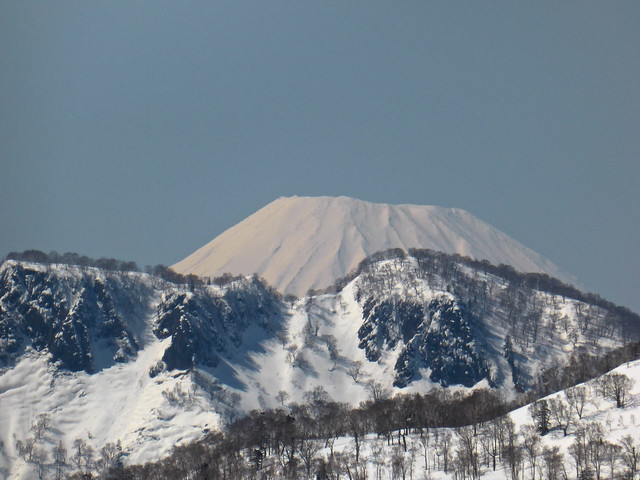 View of Mount Yotei, or Ezo Fuji, from the top of Teine

We went to check out the bowls, and although there wasn’t powder, the snow was nice spring corn which is a good second best. We weren’t hitting anything crazy, but just riding around and having fun. Once the sun hit the ‘Nature Zone’ it softened up nicely and we spend a good couple of hours lapping the Panorama lift getting some photos and working on the goggle tans. 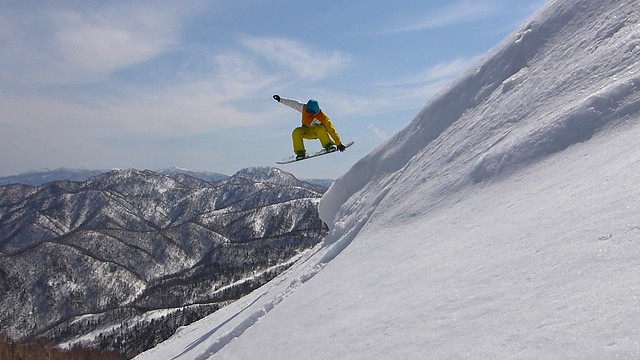 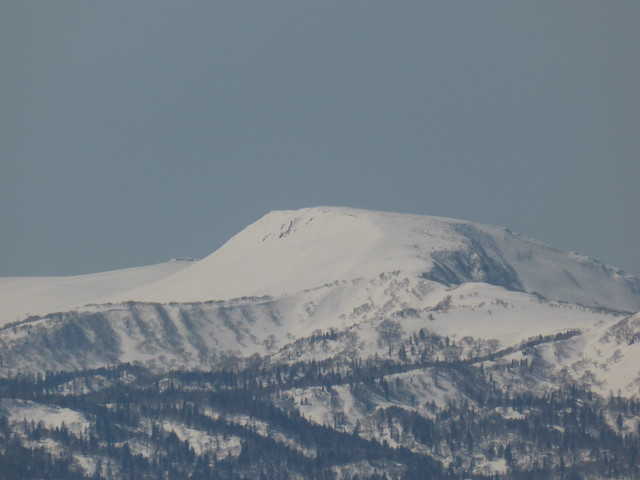 Mt Muine. We hiked this in the autumn. It holds snow well into the summer, so its a target for a spring ski tour. 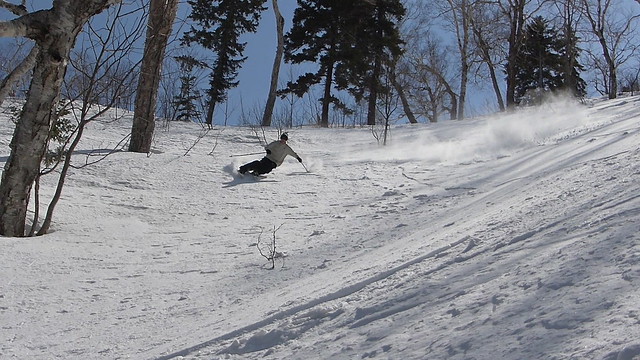 Spring snow in the bowls 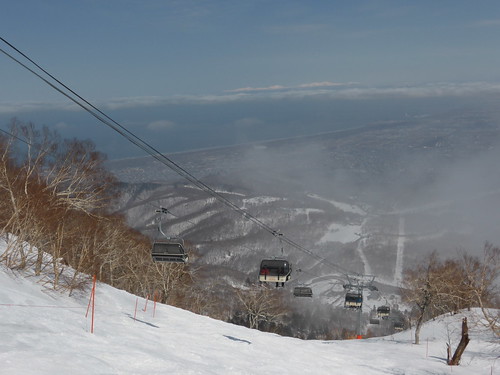 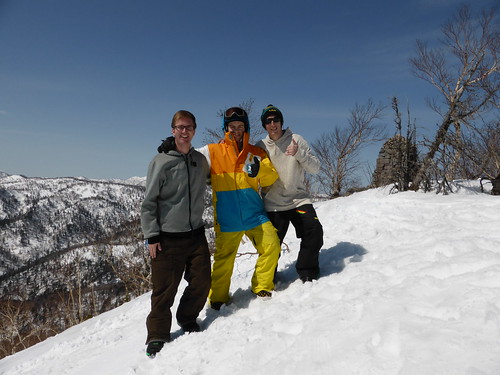 With Dan and Mike. Photo thanks to a guy from Tokyo who had hiked from the valley up the summer hiking trail that runs up the backside of the mountain. 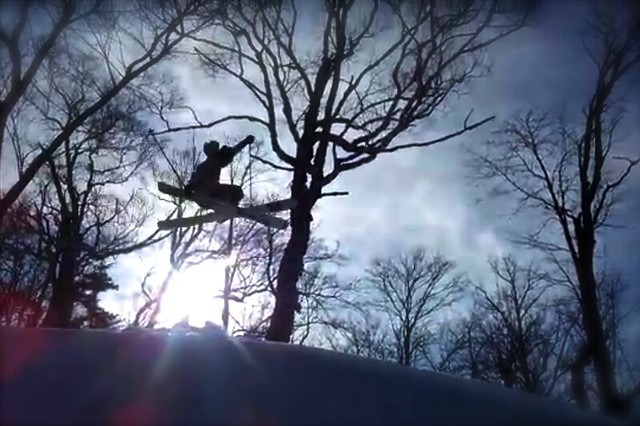 The snowpack up in the hills is still very deep so will stick around for a long while, despite the warm spring sunshine that we’re having. We’ll still be riding for a good few weeks to come before we put our skis and boards away! An added bonus from this weekend was the bike ride we squeezed in on Saturday. It was one of those awesome Hokkaido weekends when ski season and cycling season overlap! 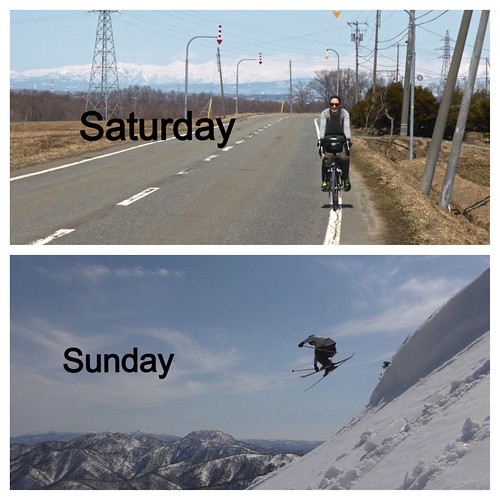